If you have not heard about Paul Hobbs, or tried any of his wines, this interview help you learn about a fascinating person, making top quality wines in California, and also around the world.  Paul is a very engaging person with a casual style, arriving in the tasting room, set up inside Market by Jean-Georges, at the Shangri-La here in Vancouver, dressed in jeans, but also a dress shirt and blazer.  So a mix of business and pleasure, you could say.  Paul was generous with his time with me, and I was able to taste through many of his wines; from his different California labels, as well as his Vina Cobos label from Argentina.  I hope you enjoy our discussion, and you get to try some of his wines.

MyWinePal: I noticed that you have many Russian River Valley vineyards.  Are you a Burgundy guy that dabbles in Bordeaux or vice versa?
Paul: I think I gravitated toward Bordeaux varietals first because I worked with them early in my career 1975-78. 1977-84 I was at Robert Mondavi Winery. We made Pinot Noir from Carneros grapes but the emphasis was Bordeaux. I grew up in western New York on an apple farm, and then later I discovered the Burgundy region in the early 80s.  I knew it, but I went to Burgundy. A couple of things came together in my mind and I started exploring the western coast of the Sonoma region on bicycle.  That whole region was planted in apples and has rolling hills. I found that interesting, and it reminded me of Burgundy. Plus since I grew up on an apple farm, it felt like home.  Kistler Vineyards was making wine there, but not Pinot Noir.  As it felt like home, I bought a land there in 1988 and put down roots. That’s why I have so many vineyards in the Russian River Valley.  Now I’m also acquiring properties along the Sonoma Coast.

MyWinePal: I see that you are producing one Pinot Noir from Napa Valley.  Are you trying to show you can produce Pinot Noir in Napa?
Paul: No, that is the first grower I contracted with under the Paul Hobbs label, which I started in 1991. Larry Hyde was already well known as a very good vigneron and his best varieties were Pinot Noir and Chardonnay.  I was working at the Simi Winery at the time. He was delivering Chardonnay and his Chardonnay made our best cuvees.  So when I went off on my own, I asked Larry if I could get some of his Pinot Noir as I already had a Chardonnay from another vineyard.  I came later to the Russian River Valley, but Larry’s Pinot Noir was produced first and continues till today.

MyWinePal: Why did you decide to expand to Argentina?  Did you want to work twice as hard? Having a northern and a southern hemisphere harvest?
Paul: You know how life is.  It is not that I wanted to work twice as hard, but I always felt, as I was training in my early years to be a physician and in particular a surgeon, that the more you practice, the better you get.  I would not want a doctor that did something only once or twice a year.  That is not the only reason though.  I also wanted a challenge.  Only by a mistake I ended up in Argentina.  The late 1980s was my first foray. I went to Chile as it was just emerging.  Many of the people I met said that Chile could become one of the world’s best regions, and it has the best climate in the world.  A friend from UC Davis organized a week-long visit for me. I also had a friend from Argentina who I asked to come to Chile with me, but I didn’t realize the rivalry between the 2 countries at the time. Catena (from Argentina) arrived and I told my host who he was, and my host was furious about it.  I told Catena unfortunately that he has to go back to Argentina. He wouldn’t go, and my host forbade me to take him to any Chilean wineries on the tour.  After 3.5 days of site visits, I met Catena for lunch; we had some wine, and as I did not see anything so far that looked top secret, I took him with me to visit some Chilean wineries.  My Chilean host heard about this, and that was the end of my relationship.  I had a day left on my tour so I went back to Argentina with Catena where I met his brother, Nicolas. Nicolas wanted to find his way to make better wines in Argentina, and he asked me to help him to illuminate the path.  So I helped build the Catena wine program to what it is today, and the first Malbecs along the way. It was not planned.

MyWinePal: Most things are fortuitous accidents.  Where is your next fortuitous accident going to be? Washington State? Many Napa wine makers are coming to WA.
Paul: Not, WA, but I am exploring other areas in the world.  One is a vineyard in the Fingers Lake district that will be all Riesling. I think there is good work there that has not been done. I am not looking for a region that is already fairly well established. I have been working in Cahors since 2009, and will be launching a wine called Crocus that will be in the Canadian market in 2015. I’m also developing a winery in Armenia, arguably the oldest wine region in the world.

MyWinePal: Older than Greece?
Paul: Yes, Armenia is 3000 years older than Greece. We don’t know where wine started as a cultivated product. It could be Georgia, a neigbouring country, or the Armenia/Iran area.  Our vineyard is exciting we are working at high elevation, 1450m, and we are working with old and new varieties.

MyWinePal: I was going to ask if you are using native varieties.
Paul: Don’t ask me to pronounce them. Areni is one old variety that is quite interesting.  We are bringing vines from France, Argentina, and California and planting them too.  We planted 18 ha with our partners.
I mentioned Malbec in Cahors, Riesling in the Finger Lakes, and Armenia is up for grabs to see what we get there.  Those are the emerging regions.  Something exciting and new.

MyWinePal: Do you have a favourite vineyard that you own for whatever reason?
Paul: I really don’t, but from time to time I might. I could say if there was one, it would be my home vineyard, the first I was able to acquire, Katherine Lindsay Estate, the name of my great grandmother, who founded our farm in upstate New York.  It is planted in Pinot Noir. I bought it in 1998.  In that sense it is a sentimental favourite and is a beautiful site, and is where I built the winery in 2003.  If you ask for a qualitative favourite, I don’t have one. You may think it is To Kalon.  It is such as well-known vineyard and I love to be there.

MyWinePal: I would have picked the same thing; the first vineyard I purchased and built on.
Paul: That’s my sentimental favourite. It is such a great property. But there are so many great ones with distinct personalities that I feel privileged to work with so many around the world.

MyWinePal: One last question. Are you seeing differences in Sonoma and Napa vintages affected by global warming?
Paul: Based on the last 10 years of vintages, the impact of global warming has not shown up. However I think in other regions, something is happening, whatever you call it.  In the Buffalo area where I grew up, the weather is more extreme and less predictable.  Maybe the ocean here is keeping our region consistent.  Nothing really falling out of the norm.  The rest of the world is different.  Argentina is shifting. Less water and snow pack in the Andes are being measured. The east coast is really very cold. I’ve been working on the east coast.  They had a severe winter last year.
They don’t yet know how much damage there is to the vineyards. They have to wait until they get full growth. The vines are pushed, and there is growth, but they don’t know if there is internal damage to the plant to the point that it may collapse. We are still waiting.  We did learn a lot, such as Malbec is not winter hardy. Syrah did not do well. Cabernet Franc and Petit Verdot did well.  Very useful information. 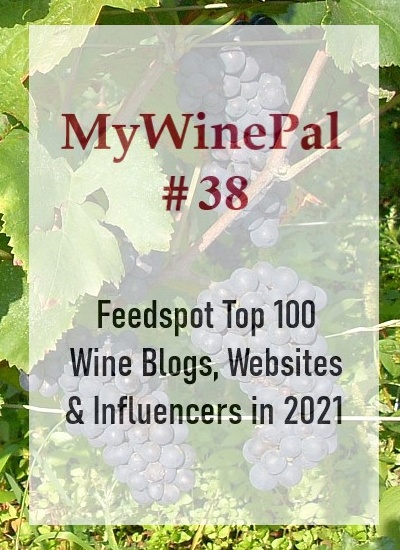 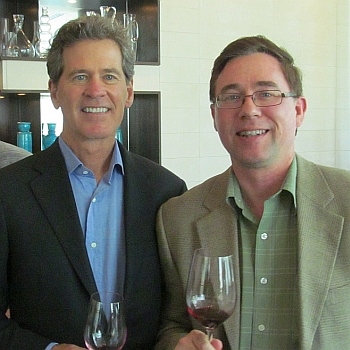