Don’t forget to buy your VIWF tickets for a Christmas present for a spouse, friend, or just to spoil yourself.  Link to tickets page is here.  California is the theme wine region. Get ready for Cabernet, Chardonnay, Pinot Noir, and much more to delight you.

The 2013 festival, which takes place from February 25 to March 3, is Canada’s premier wine and food event and widely regarded as the top consumer wine show in North America. The seven-day festival will serve 1,850 wines from 176 wineries representing 15 countries at 55 events.

“We’re completely delighted by The Vancouver Sun’s greatly increased support, which will give us extensive new marketing and communication resources and help make the festival an even greater success in this first year with our new charitable partner, Bard on the Beach,” says VanWineFest Executive Director Harry Hertscheg. “The Sun has been a long-time sponsor of ours, and their readers’ enthusiasm for good wine and food makes this expanded partnership an excellent fit.”

The festival announced in September that Bard on the Beach Shakespeare Festival would be its new charitable beneficiary, following the closure of the founding beneficiary, the Vancouver Playhouse Theatre Company.

“The Vancouver Sun is pleased to partner with the Vancouver International Wine Festival to continue to bring some of the world’s best wines and winemakers together. The festival has a very rich history as does The Vancouver Sun, so it seemed natural to bring our two teams together to promote wine in our community,” says Jamie Pitblado, Vice President, Promotions and Community Investment for The Vancouver Sun.

Festivalgoers will find comprehensive event details in The Vancouver Sun, including a special preview section to be published on Saturday, January 5 – just before all public events go on sale Tuesday, January 8.  Further event details will appear on February 23 within the newspaper’s quarterly wine feature entitled Salut!.

ABOUT THE VANCOUVER INTERNATIONAL WINE FESTIVAL, PRESENTED BY THE VANCOUVER SUN
Canada’s premier wine show will mark its 35th anniversary of pairing wine, food, and the performing arts from February 25 to March 3, 2013. It features 176 wineries from 15 countries pouring 1,850 wines at 55 events to a projected 25,000 admissions. The International Festival Tasting Room is the heart of the festival, with 767 wines on offer to the public and 171 more wines for trade only. More than 900 additional wines are served at special events, which include the Goldcorp Bacchanalia Gala Dinner + Auction, wine seminars, wine minglers, winery dinners, and lunches and brunches at fine restaurants and hotels. This year the festival shines the spotlight on California, and the global varietal focus is on Chardonnay. The Vancouver International Wine Festival is produced by the Vancouver International Wine Festival Society, which has three mandates: provide an informative, educational and entertaining wine experience for public and trade; be a premier marketing opportunity for the wine industry and festival partners; and raise funds for the Bard on the Beach Theatre Society. The presenting sponsor is The Vancouver Sun.

Tickets to all VanWineFest public events go on sale January 8 at 9:30 am. Look for full program details in a special insert in The Vancouver Sun on Saturday, January 5.

For more information about the Vancouver International Wine Festival go to vanwinefest.ca.

ABOUT BARD ON THE BEACH SHAKESPEARE FESTIVAL
Celebrating its 24th season in 2013, Bard on the Beach is one of Canada’s largest not-for-profit, professional Shakespeare Festivals. It is presented on the waterfront in Kitsilano’s Vanier Park, adjacent to Vancouver’s downtown core. The Festival offers Shakespeare plays, related dramas and several special events in two performance tents every June through September. In 2012, festival attendance was 86,000 and over a million patrons have experienced Bard since its inception. The Festival’s 2013 dates are June 12 to September 14 and the 2013 lineup will feature Twelfth Night, Hamlet, Measure for Measure and Timothy Findley’s Shakespearean-era drama Elizabeth Rex. Bard on the Beach is produced by The Bard on the Beach Theatre Society, a registered charity. 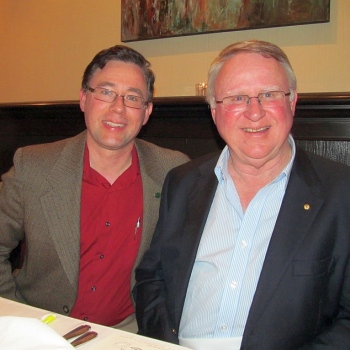